THE OFFSEASON DIARY WITH AMITY ROCKWELL

The more time I spend on the bike, the more the time off the bike that could be time on the bike stands out. As the weather warms in the spring and the races stack themselves ominously in the distance, it’s all I can do to stop riding. And this is how I feel it should be, this is how I feel pressured to be, pressured by myself, by the community of people pushing harder, going farther.

But the withdrawals begin as a creeping sensation mid-September, a few races left on the calendar, a limited window in which to prove that Kansas was not a fluke. I don’t want to ride anymore, at least not like I did a few months ago. The aspens turn yellow and then even the yellow falls off and the mornings suit themselves more to staying in. I fight back the urges to go running.

Today it is snowing. I don’t care that it is snowing, can’t care that it is snowing, as I’ve committed to a winter full of this white stuff, full of below-freezing temperatures, sweat baths on the indoor trainer, and potentially— no, definitely— less time on the bike than I’m used to. It’s terrifying, but in the way showing up to Kanza for the first time is terrifying. Terrifying in its possibilities, at least half of them good. I have no idea what it will be like and that is, for me, enough reason to do anything.

The coldest place I’ve lived to date is San Francisco, where we all get our warmest sweaters out June through August and ride as much as we please. This winter I’m learning to ski. I’ve never skied. I maybe hate skiing.

The move and consequent decision to spend a winter in the snow, directly after the most successful breakout season, has been met with a lot of questioning from everyone, strangers and close friends. It’s not the easy thing and it’s not the predictable thing and it’s maybe a very dumb thing which I can say with confidence is exactly why I’m doing it. I don’t know how to say this without being cliché but we don’t grow if we aren’t asked to change. If I did the easy things I’d still be racing pavement, probably wouldn’t even be bike racing, would be locked into some dependable trajectory through early adulthood.

It’s not that I’m trying to buck trends, be revolutionary, or whatever. I think it’s more I’m just hard-headed, contrary, bent on making things difficult for myself lest I get comfortable. I hate being comfortable.

I thought I’d be done in September, following the pattern of a couple seasons past. Grinduro happens, we party after, forget about whatever strict promises we held to all season, no alcohol, no staying up past ten, whatever it took to show up at the start line and feel like we’d done everything to prepare. Grinduro happened, I partied a little, but mostly I was tired. I went to sleep and woke up ready to not think about bikes for awhile.

In years past, this is when I’d text all my barista friends in the city and see if anyone would consider hiring me to make coffee. I’d save as much of that money as I could and portion it sparingly the following season, tracking flights obsessively, enduring bad layovers for the sake of saving an extra 20 bucks, sleeping on relatively strangers' floors, driving all night. It wasn’t all that bad, and satisfying to pull off.

One victory later and I don’t need to do that anymore. It feels strange, good strange. I’m floating for just enough time to plan the next year, convince everyone I can do that again, pull off the unexpected, now slightly more expected.

I planned to be writing this the first week of October, but this new life and seemingly blossoming career kept asking for more and who am I to say no to any of this fortune? I flew to Arkansas to preview Big Sugar, flew to San Diego to attend the Sagan Fondo, drove down to Ojai to take part in Peloton Gravel Mob. The Maratona stayed out of the closet, in a perma-state of half unpacked. At least it looks good on the floor?

I caved and bought a travel toothbrush so I’d stop forgetting mine every time I came home and had to leave again. I finally saw the use in a designated home toolset and a travel one, 'cause I’d forget those too.

I think the season’s finally over now, and I can breathe. I can address all the strange noises my bikes are making before I hang them up for a little while. I can run and not worry about being sore for a week after.

I’m still uncomfortable with this success and truth be told I don’t know if I’ll win Kanza next year. Nobody does. But I know I’ll show up with the confidence necessary to if I stay on this edge, keep making things hard for myself even when they threaten to get just a little easier.

I hate off-seasons, mostly. So wide open. So unplanned. I don’t have to ride and that makes me want to ride even more and I know I shouldn’t, know I should save it, bottle it up and let it out at a time when it’ll do me more good. So I’ll stay here and hope it snows more and wait, terrified, hopeful, uncertain— limitless.

Amity Rockwell is a competitive gravel cyclist and contributing writer to the SILCA blog. After her 2019 Dirty Kanza win, she's sharing her offseason regime. Stay tuned as she continues to share her journey with us as she prepares for the 2020 racing season.

SILCA first met Amity at the 2019 Dirty Kanza, pre-race. She ran over to the SILCA van and bought the SPEED CAPSULE TT. Right after she won Kanza, she came back to our van to thank us!

At that moment, we felt like our stories were forever intertwined. Way to go Amity, you inspire us and we are looking forward to continuing the story! 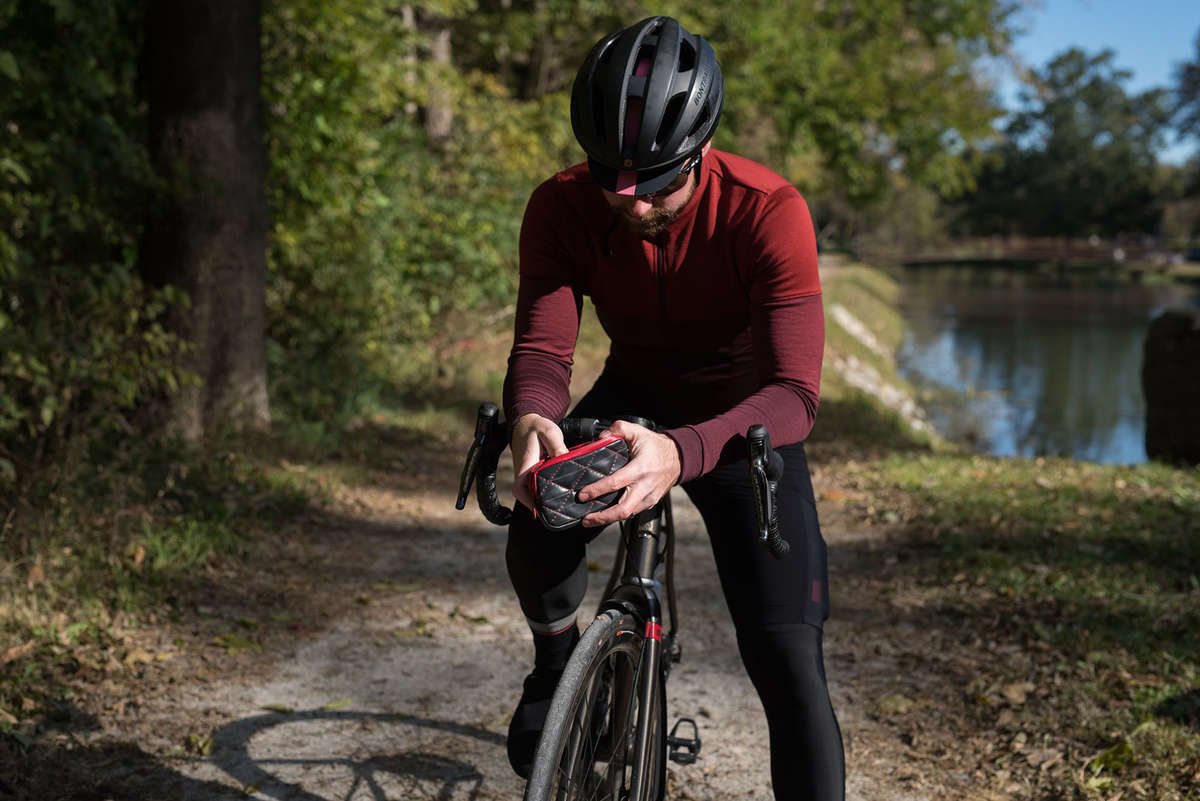